More news soon but, for the time being, here’s the official Press Release!

A hearing expert based in Hertfordshire has carried off Europe’s top prize for his profession for an unprecedented second occasion.

Operating from a purpose built, state-of-the-art clinic in The Foresters, just off Harpenden High Street, Robert, with colleagues, Jo Rae and Sanna Aziz, have now been nominated and shortlisted in the annual international competition more times than any other UK or European practice.

Robert has now been named the UK’s top hearing professional three times and the team has been commended on a further nine occasions – a unique and glittering array of prizes that underline the Practice’s status as the leading hearing practice
in the UK. 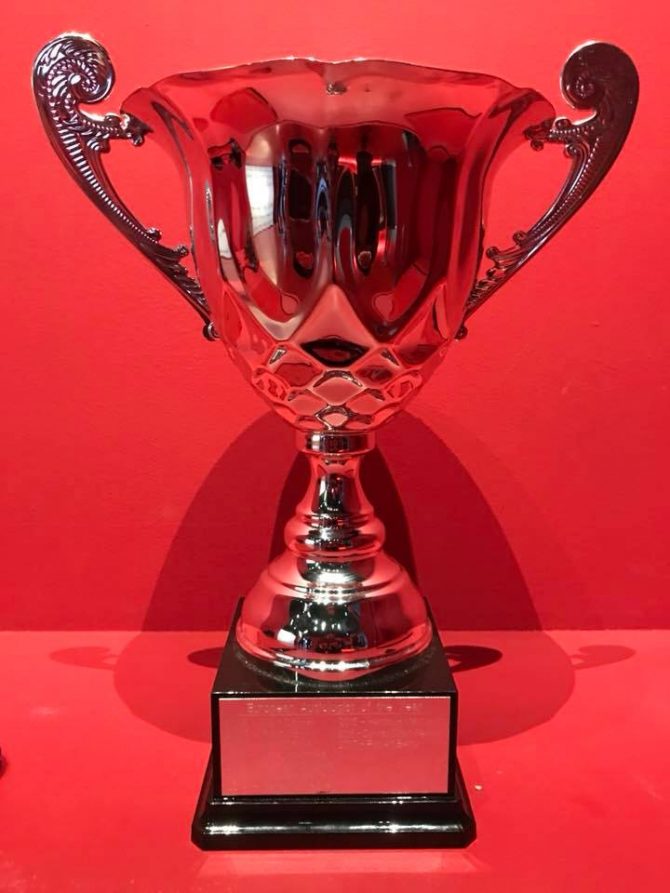 The European Audiologist of the Year Winner’s Trophy.

The Audiologist of the Year Awards is organised by leading hearing aid battery manufacturer, Rayovac, and sponsored by The European Federation of Hard of Hearing People (EFHOH).

Now in it’s 10th year, the competition relies on nominations from patients who have experienced exceptional care from their audiologists.

Robert Beiny was nominated by Christine, a patient at the Hearing Healthcare Practice who, in her entry, described how he didn’t just fit her hearing aids, he gave her hope for the future.

In her heart-warming nomination Christine said:

“My first impression of Robert Beiny was that he was kind, sympathetic, calm, reassuring, competent and knowledgeable. Fifteen years on, I can certainly say that impression was spot on. He gave me hope.

“Robert has managed to help me keep pace with my hearing loss (I have a severe to profound loss in both ears) by fitting me with the latest aids that might give me an edge in the hearing world.”

On hearing of his European Audiologist of the Year Award, Robert Beiny said;

“I’m stunned and honoured to have won the European Audiologist of the Year Award, and for a second time it’s truly amazing. But this really is an award for the whole Hearing Healthcare Practice team and our unique, holistic approach. What makes these Awards so special is that they are based on patient nominations. And I’m so proud to see that what comes across time after time reading their kind words, is that it’s our caring approach, understanding and professionalism that makes us special, not simply the amazing technology we all have access to.

“I’d really like to say a huge ‘thank you’ to Christine and all the patients who took time to make a nomination. Without them we couldn’t do the work we do nor achieve so many amazing and life changing results together.”

“Robert Beiny’s top award is not only an accolade in its own right but plays a key role in supporting the practices of winning audiologists around Europe.

“In our 10th anniversary special year, we received an incredible number of entries to the competition showcasing the high standard of work taking place across Europe.”

The Hearing Healthcare Practice in Harpenden extends the warmest of welcomes to clients and their families from the local area to as far afield as the USA, Russia and Australia. For more information of this award winning, life changing service please call 01582 767 218 or email [email protected]