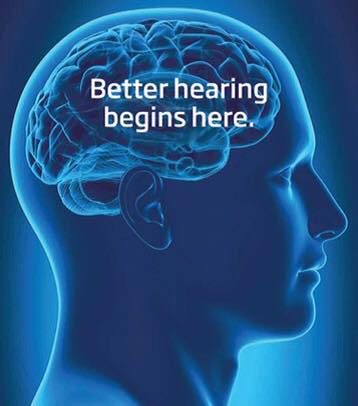 A meta-analysis of cohort studies (Wei et al., 2017), suggests that the link between hearing loss and age-related cognitive decline is not due to a shared, common neurodegenerative process.

Because hearing loss typically precedes cognitive decline, the authors suggest the following ways that a decline in hearing ability might cause a decline in cognition:

• “Auditory deprivation may cause decreased socialization and increased depression, as well as a decline in cognitive function, which can result in mild cognitive impairment or dementia.

• Hearing impairment [may] cause cognitive resources to be diverted from memory function into auditory processing, which creates an excessive cognitive load on higher cortical functions, leading to cognitive decline.

• Hearing impairment may modify the auditory pathway and the brain.”

The use of amplification and follow-up auditory brain training may be critical elements in staving off cognitive decline. Now more than ever, older adults need to be counselled about the importance of professional hearing healthcare

Cognitive Resilience is an important concept in brain health. There has been more attention paid to the building of cognitive resilience to reduce dementia risk and help individuals age well.

What is Cognitive Resilience?

Cognitive resilience is the ability of the brain to buffer against disease and recover from trauma.

In more technical terms, we can think of cognitive resilience in terms of the brain’s structure and its ability to compensate. If the brain has a well-developed structure –if it’s a big brain with lots of synaptic density – it can compensate for disease or trauma. Information can be processed and moved around the damaged parts of the brain. As well, the brain retains a greater capacity to rewire itself – to help those damaged areas heal and regrow brain capacity.