Lee Stickings is a 30 year old who has had a severe hearing loss since birth.

His story is an inspirational one as he had fought to ensure that his hearing loss has not held him back or disadvantaged him in any way.

He has been a client of the practice since February 2001.

His previous hearing aid experiences are riddled with poor help at the hands of incapable specialists but that has all changed since discovering the unique service at HHP.

Lee feels that HHP has paid a small but significant role in his career promotions in recent years. He works in the Central London in the busy finance office of a major shoe retailer and gives a real insight into how profound deafness can be helped by utilising the latest developments in hearing technology, and why he feels being deaf does not have to hold you back in your career development.

Lee uses the skill of lip reading with his hearing aids which he feels empowers him and enables him to converse with friends and colleagues.

Despite his hearing loss, Lee’s speech is superb and at times you find yourself amazed with how well he copes.

He has travelled a tough road to get where he is today. He fully accepts his hearing impairment and has adapted a range of tactics so that he can live his life to the full.

So many hearing impaired people’s biggest fear is that they are thought of as being stupid.

This was the same for Lee.

This feeling is often triggered by the fear of misunderstanding someone.

Lee is keen to be involved in taking his message and positivity to the world by mentoring and coaching in a quest to plug the information gap for 20-50 year olds.

Lee feels that deaf youngsters need role models to show them that they can be hearing empowered rather than hearing impaired.

Lee is truly inspirational for those that meet him.

We think Lee should also be a role model to anyone who doesn’t hear as well as they once used to. If Lee can overcome the hurdle that life presented him with then hopefully you will sit up and take note. To develop mildly diminished hearing loss from our 50’s onwards is quite normal with The latest estimates suggesting that there are 4.9 million adults in the England alone who would gain significant help from wearing hearing aids.

We hope that Lee is an inspiration to you to call in for a chat and to see just what can be done to help you out.

Lee is pictured with Robert Beiny, our Director of Audiology. 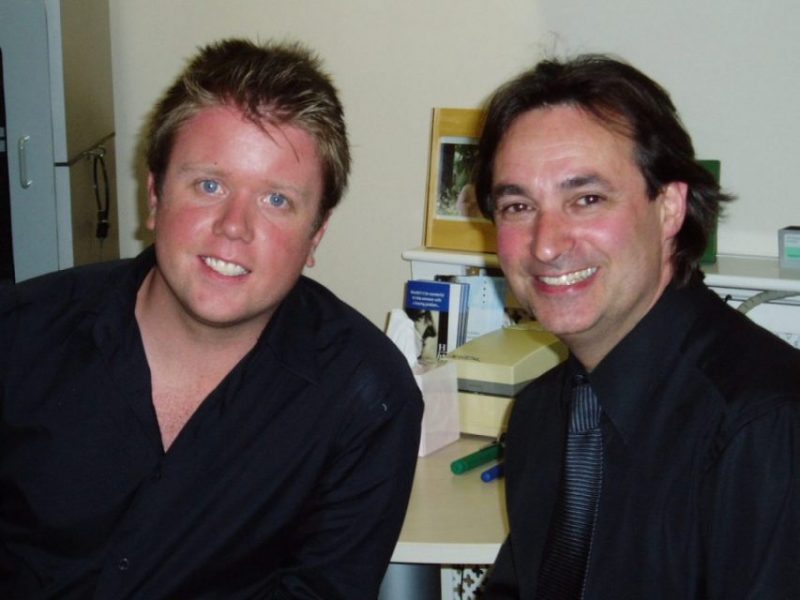