I’m trying to think back as far as I can remember to my childhood. I don’t know if it was normal or different to others. In fact, my earliest memory is of a quiet lonely child who didn’t quite fit in with anything or anyone. School was difficult for me. I didn’t learn much and always had to try ten times harder than anyone else in the class. I hoped the teacher wouldn’t see me or ask me questions about the subject at hand or, I spent my time looking out of the window.

Being at school during the 1950’s and 60’s was no easy task for me. There were no remedial teachers and no extra help was given if you couldn’t keep up with the others. I went through my school years thinking I would never achieve much. The reason I found it so difficult, although I didn’t know it at the time, was that I was severely deaf.

By all accounts I answered when I was spoken to and generally got on with my work so there was no reason to have my hearing checked. But I never shined at school.

I didn’t find out that I was deaf until the age of fifty-eight. Up until then I found a way of adapting to this weakness that I was unaware of. I was a terrible speller and was labeled as dyslexic and now I have discovered that I am neither of these. I have hearing loss and that’s all.

My husband Tom died early and this had a huge impact on me. During the years following his death, my daughter and I came up with the idea of starting a business following two years of brainstorming.

We had good ideas and we had a portfolio four inches deep on the subject we had a mind to go into business with.

We began looking for premises, traveling around the country, but kept being drawn back to Harpenden in Hertfordshire on a weekly basis, but could not find the right premises. Something was always wrong.

One day, after having looked at some places we decided to call it a day and return home but on our way back to the car park we noticed a beautiful old building which we were drawn to. I couldn’t believe it that it was an audiology centre. My daughter pushed me towards the door and said it was time I had my hearing tested because I didn’t hear people approach me from behind and she thought it had deteriorated since my husband had passed away. This wasn’t the reason simply that I was in shock and the brain periodically shuts down and goes into a dark pit when you are grieving.

So I found myself in the reception area of a place I didn’t want to be in and my daughter spoke out from behind me and said we needed to make an appointment before I had any chance to back out.

I went for a full assessment a week later and it was the most thorough test I’d had up until then. In the past I’d been told that there was a problem, but I couldn’t be helped. So I assumed that my hearing loss really wasn’t that bad. I could hear people speaking, carry out a conversation, listen to music, but not necessarily understand the words, but that didn’t bother me because I could read the words from the CD sleeve if necessary.

A classic example of this was when I was listening to a song on the radio one day and I heard the rhythm and the beat of the song, but I heard the singer sing “I put a knife to your face.” I thought this was an awful thing to sing about and I wondered how he was allowed to sing such things. When I said this to my son and daughter, they burst into laughter and told me that the real words were: “Would I Lie to you babe”. So, on some level I knew hat I did have a hearing loss.

At the audiology centre I met a lovely young woman called Zoe who performed the hearing test and put me at ease. She took her time and explained what she was doing throughout the test. It was performed in a soundproof room. I had several different tests, one where the air pressure in the middle ear was measured and where my eardrum was checked for normal functions. A camera was placed in my ears and the hair cells in the inner ear were also checked to see if they still operated.

All in all it was a thorough examination which lasted about 2 hours. Once Zoe had collated the graphs and readings she asked if I minded her consulting with her colleague Robert and this instinctively made me sense something was wrong.

Her colleague then came to see me and told me that my hearing loss was quite severe and he would like to perform even more tests. The extra tests gave the same results.

Robert said I had a 60% loss in my left ear and 25% loss in my right with very significant damage in the very high frequencies in both ears.

He sympathetically took me on a journey describing not only what they had found but what I could and couldn’t hear. He explained to me how I coped day to day and the things that I had learnt to do to compensate for my hearing disability.

What he explained made such sense and had such a profound effect on me that for the first time in my life I finally came to understand that the person I was had been defined by my hearing loss.

At first I could believe how deaf I was yet still able to hold a conversation. Robert then did another test in which he placed a piece of paper over his mouth and spoke to me. I only understood 40% of what he said. In a subsequent test with selected consonants, sh p t c f, I didn’t hear any of them. I suddenly realised why I was such a bad speller, it wasn’t dyslexia after all.

I was impressed that Robert was so knowledgeable, experienced and highly respected in his field and that he had won awards for his work I felt very fortunate to have met him.

Robert explained that deafness was the root of my problems. I had learnt to lip read and my brain worked overtime to decipher the sound that could hear and anticipate the ones I couldn’t. All of this he said showed me that I was very clever and up to that point have never considered myself that way. For my whole life I had been told the complete opposite.

He said that when we read we don’t see every letter of every word in every sentence but the brain takes what it wants to and relies on its ability to make sense of the sentence. With sound, the same thing occurs in someone who is partially hearing, part of the sound is heard and the brain interprets the rest. With sound however, it takes more effort and is therefore exhausting.

I had unconsciously perfected these skills and how I operated seemed normal for so long.

I felt as if Robert had looked into my very soul to see who I really was because of my deafness. The diagnosis unnerved me and I burst into tears. It came as a shattering blow to me. Robert told me being deaf was certainly not the end of the world and with hearing aids my life would be so much better. For me this was not the issue |I told him, but simply that someone had finally told me who I really was. I had spent the whole of my life feeling odd and being an outsider although my sense of humor was always my crutch and made me socially acceptable and positive.

He told me it would take time to adjust to the news as it did. I cried all the way home and for three subsequent days.

A few weeks later I had my hearing aids fitted. It was a very strange yet empowering experience when I closed my eyes and just listened. I could hear Robert speaking from different places in the room and my daughter said that I had the hugest smile of my face.

The hearing aids opened up a whole new world for me. For the first time I could hear things like the clock ticking, more than one bird singing, the sound of traffic, cups being placed on a table and numerous other sounds. It took time to adjust to wearing them but I did persevere until I could wear them all day long.

Driving was strange, hearing the noises of the car and he first time I had a pee it sounded like Niagara Falls.

I still have problem hearing in crowded places and if too many people speak at once it sounds like a drone and I can’t define some sounds, I still use my eyes more than the average person especially going dancing and Tai Chi. But I wouldn’t trade the benefit for anything in the world.

I will always be grateful to Robert and his team for their kindness and for the way my diagnosis changed my life giving me the confidence I lacked for so very long.

God bless them for being so dedicated to their profession and for caring. I feel lucky to have met them and wonder how others couldn’t help me earlier.

I feel that I was destined to meet Robert and my trips to Harpenden had nothing to do with starting a business but somewhere I was intuitively drawn to, in order to help me hear. I am sure that my husband, Tom, had some part in it

Robert’s skills are quite special as are all the members of the team and it’s no surprise that they are so successful in the Audiologist of the Year Awards year after year. 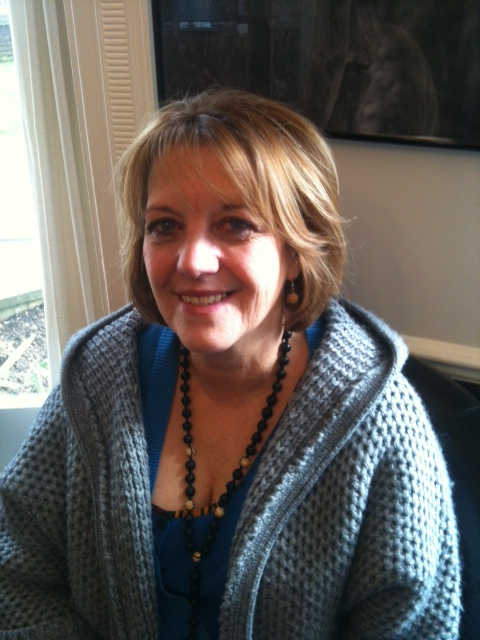